This event was not organized by the Ruhr-Kunst- Museum, but by the RAG. (Ruhrkohle-AG) . However, it was the same theme. 2018 is actually the end of  coal-mining in Germany. A long tradition ends, the whole Ruhrgebiet got his identity and wealthy through the coal-mining and connected with the coal, the steel- industry. But it had to end, first, because Coal mining can result in a number of adverse effects on the environment. Coal production is a major contributor to global warming: burning coal generates large quantities of carbon dioxide and mining operations can release methane, a known greenhouse gas, into the atmosphere. Plus the extraction of coal from the ground destroys a lot of nature and shifts the groundwater table. Added to this comes the great paradoxon, that it is much more cheap to transport one ton of coal per ship from Australia to Germany, than to dig it locally.  Now the RAG tries to make the demolition slowly and social acceptable for the employees. This means , to lift all the machines from the underground up to the earth, to refill all the mines with sand, to drain out the ground water and to renauturate the area. In spite of the slow-down work, the security is still most important. Every year the RAG makes special events, to remind the pitmen not to be careless.   Here we painted in the middle of the gangway of Anthrazit Ibbenbüren. This is the way, the workmen have to go everyway, from the elevator to the pitheads bath. 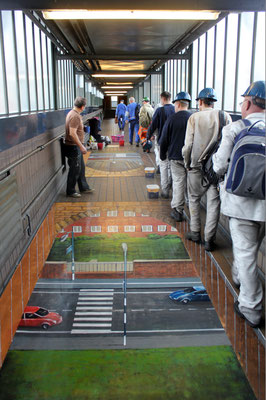 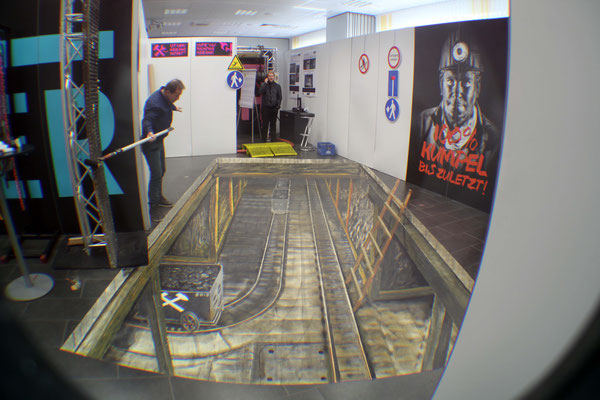 To be honest, we had quiet a little bit of work, to bring the pitmen and our art together. Here , you see happy Gregor Wosik, because we successfully prevented the workers to walk with their very black, coaly shoes over our pictures, when they are coming from their shift.  On the picture on left hand it was more easy, because it   was an exhibition for the theme security 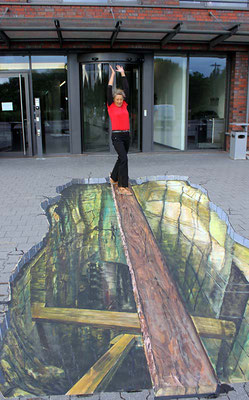 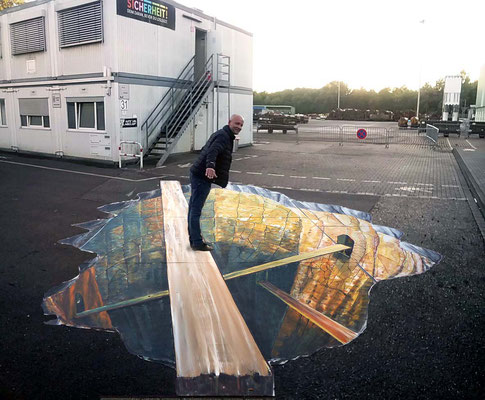 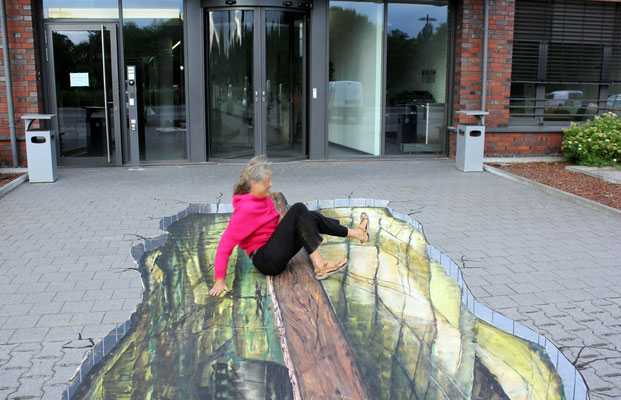 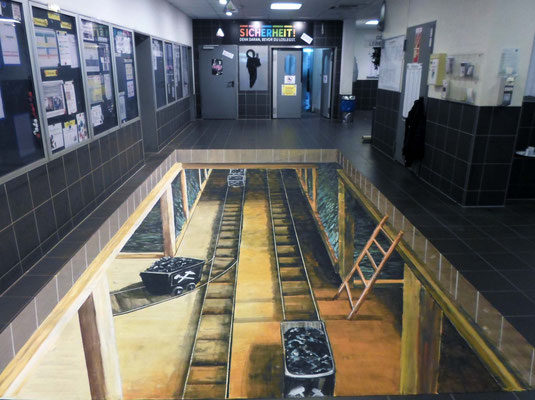 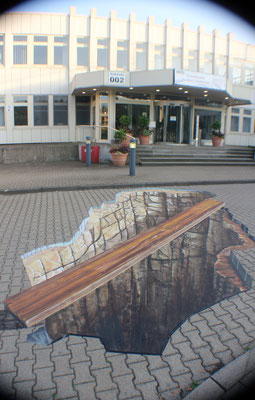 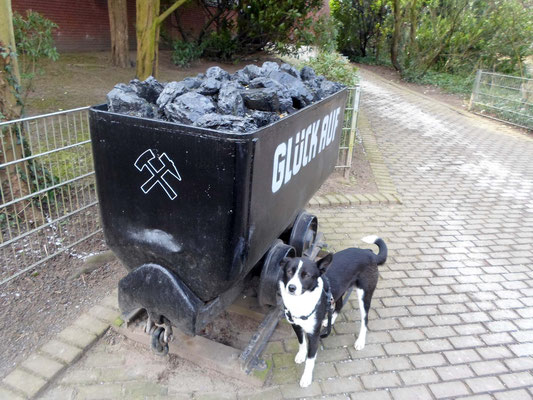 So many holes in the floor , I painted 2018 for the safety of the concluding black -coal-mining era. In Anthrazit Ibbenbüren, Prosper Haniel, Herne Schamrock, Essen Pluto and Bottrop .  It was a happy job for me, with a lot of new experience , also to see the strong bond of the  pitmen. To work in a coal mine is also nowadays hard work, and every man has to count on his mates. What was so sad, against all our efforts, a few days  before the official closing of the last coal mine, a man died in Ibbenbüren , below earth. That was not necessary...

Some more holes, 2018 was for me the year of holes in the floor. Here on the market place in Bocholt. The pavement was a real  challenge. Thanks to the good photo result, Burkhard "Buggy" Münster

This picture was a very big success, because the spectators have been so thankfully.

Not always I have so many enthousiastic people, who give me so much good feedback. But also the atmosphere was perfect, on the so  called "Niendorf Balcony" . And the sun was shining. Niendorf is part of Timmendorf, and is  a little city near Travemünde, the harbour connected to Lübeck. Many tourists are coming, because they are travelling from Scandanavia to the continent, or the way back. Also many tourists and locals just like to enjoy the beach. On Niendorfs left hand is no flat beach , but a cliff line, which inspired me for my picture. It was a perfect model

Another request for a hole in the floor! This time from a shopping mall near Nürnberg, the city was called Neumarkt. To make it a little different, now I chose a phantasy hole with more colours. The event was called "Nacht der Sinne"