"Harry Potter and the Deathly Hallows "--- nobody could expect, that Harry Potter, Hermine Granger and Ron Weasley could escape on their dangerous flight on the dragon, through the market place of Almere, Flevoland.

"The Desolation of Smaug"   --- The dwars were very surprised, because the wild streaming river, which helped them to escape, suddenly was meandering through  the beautiful shopping mall of Almere.

Also done in collabaration with Gregor Wosik. This time enters a new doggie, called Julia. Thorin Oakenshield, Bifur, Bofur, Fili,and  Kili, ( I hope, I got the names right) , in their barrel  boats. And Julia testing a barrel

Here using a scene of "World of Warcraft"

This is one of my favourite scenes, the "Chronicles of Narnia" -- the white wich Jadis travelling with her ice-bears.

This scene I painted in classical 2 d style. Gregor Wosik and me wanted to realize it also in 3d, but until now the result is not satisfying. Because we got the chance again in Almere, in October---and it was raining cats and dogs. This city is also very cold, because it is so near to the North Sea. So , we managed only "something" , see below 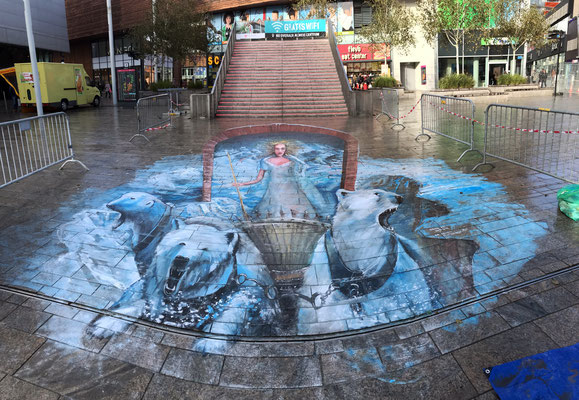 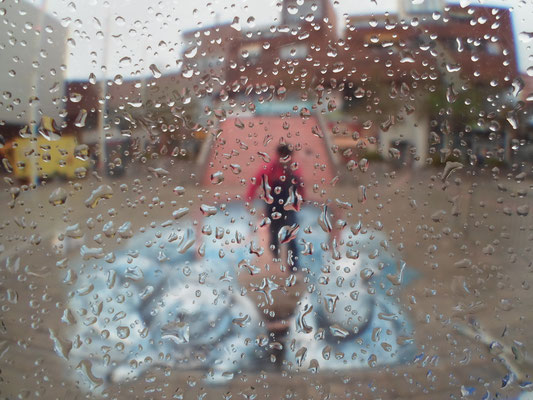